It’s been a while since I posted last, life has just gotten in the way.   I had to take time away from everything I had been doing to care for my mother after she was released from the hospital.  That was an experience.  It’s hard to go back home when you have lived away for a while but quite different to have a parent come and live with you.  The first bit of time was as if having a guest but then a week turned into a few and it was different.

Now that my mom is better and back in her own home things have gotten back to normal around here.  Well that is if you consider chaos normal, which I do.  Two teenage boys still at home tends to be quite chaotic but a little less than when all three were still here.  I love my kiddos but I’m looking forward to the empty nest.   Now that’s not too say that if I could move them all into houses next door to me I would so jump on that opportunity!

Even with all the out of ordinary chaos happening around here I continued on my journey for better health.  Cooking healthy even through the holidays was better than expected.  Things made from scratch taste oh so much better.   For instance if you haven’t tried homemade Mac & Cheese you don’t know what you’re missing.  I don’t think I will ever make the stuff from the little blue box again. 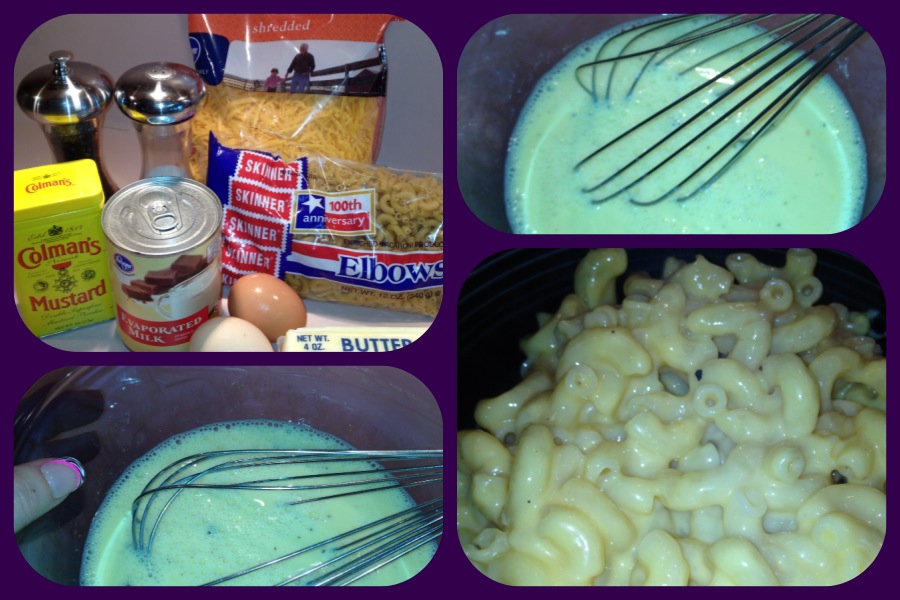 Directions:
Bring a large pot of water to boil.   Add a sprinkling of salt, then boil your noodles according to package directions.  Once al dente, drain the pasta and return it to the pot.  Add the butter and stir until butter has melted.

In a separate bowl, whisk together the eggs, evaporated milk, cayenne, 1 tsp. salt, pepper and mustard.  Once the noodles are cooked, drained and the butter has melted, stir the milk mixture into the noodles until incorporated.  Add in the cheese and stir over low heat until cheese has melted, approximately 3 minutes.  Serve immediately.

Makes 4-6 servings as a side dish (I doubled this recipe because my kids la.la.love mac & cheese)
This recipe takes about 30-35 minutes to make.  It may take a bit longer than the little blue box but the taste is so worth it.

What do you like to eat that is from scratch instead of a box?